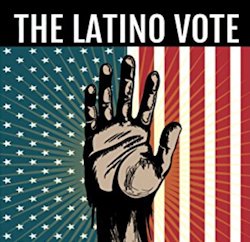 There Are Conservatives, Liberals and Then There Are Latinos 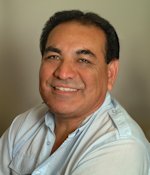 As the political parties begin to engage for the 2020 national elections, there appears to be what may be considered, a perplexing circumstance to many that sees at least one third of Latinos still in the Republican column. This is no doubt a challenge to Democrats that are used to seeing up to 90% support from the African American community.

A national study has documented the group at the core of this tendency to be Latino evangelicals and veterans. This however, does not tell the whole story as the other two thirds can also be in play depending on the social and political circumstance.

The fundamentalist and evangelical movements have captured a large segment of the Latino population because it represents a true alternative that replaces the traditional Catholic hierarchical system with an individual and direct relationship to God. You would think that a more individually empowered worship leads to a more Liberal political attitude that permits thinking beyond the confines of traditional religious structures.

But that is not the case in America as Protestantism with evangelical tendencies are at the heart of its religious tradition. Latinos captured into that realm find themselves managed by powerful structures based on literal reading of the Bible. 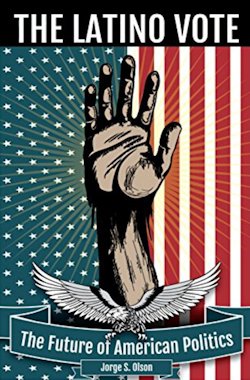 So, one third of Latinos have replaced their Catholic conservative system with a Protestant one with an added understanding around the notion that God can use evil and evil people in the process of doing his will. That is why it does not bother these Latino evangelicals to politically support evil people because in the grand scheme of Heaven, they are doing God’s will.

Things can get even more complicated with Latinos, especially Latino immigrants, because the notion of hierarchical social relationships is till very strong. In this system, authority tends to flow vertically in a process that provides support for those perceived to be above one in family, social, industry and political relationships in return for protection of interests.

Latinos after World War II wanted to break with that way of thinking as they sought to create group pressure based on the empowerment of individuals. In this circumstance, people that saw themselves as key to transforming our society made Cesar Chavez and his farm worker organization powerful and successful.

The Chicano Movement especially, in the cities of America, sought to establish a new order designed to break destructive stereotypes and create identity based on history, culture, language, the land and a context in which the individual could have and take the opportunity to prosper.

To be sure, it is in the Latino heritage to be Conservative but with a Liberal bent that insists on the creation of structural space in the mainstream of American life.

There is no substitute for Latino leadership in a country that so desperately needs direction. That direction will not necessarily come from one political persuasion or another.

The reason why two thirds of Latinos are in the Democratic Party today is because Republicans have decided that this community represents an existential political threat to Conservatives. President Reagan had it right when he said that in their hearts Latinos are Conservative. However, Latinos are a long way from putting their stamp on the country and thus having something to “conserve.”

Until that moment comes, Latinos will be mostly operating in the Liberal mode that shapes the future of the United States. In the final analysis however, whether Liberal or Conservative, Latinos will be following their own political star in search of greatness.